With spring rapidly approaching, it is time to top-dress wheat fields with nitrogen (N).  Adding Brandt’s Smart Cu at this time, or with herbicides or with fungicides applied in the boot stage, can increase wheat yields.  Copper is necessary in chlorophyll formation and is a catalyst for several plant processes, including protein synthesis.

Research in 2019 and 2020 conducted by Colorado State University and other private contract researchers showed an increase in wheat yields by adding Brandt’s Smart Cu to the tank mixes.  Brandt’s Smart Cu applications were made to spring and winter wheat at the tiller (Feekes 4-6) in Colorado, Kansas and Washington State. The average yield increase was 2.1bu/A while the highest yield increase was a 9.5 bu/A. Research from North Dakota State University has shown an increase in yield on coarse textured, low organic matter soils. Yields were increased with applications of 5lb/A of copper sulfate. In one case an increase of 15.8 bu/A.

According to Kansas State University, copper deficiency can cause wheat leaves to die back at the tip and curl (see photo). Research at the University of Minnesota and other universities has identified soil conditions where a crops will respond to copper fertilizers. These conditions are: 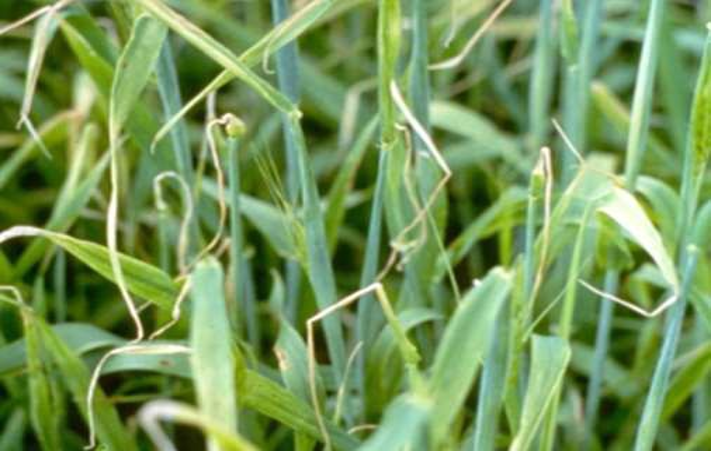 BRANDT Smart Cu is designed to be foliar applied. At BRANDT, our foliar applied products (Smart and Manni-Plex) are specifically formulated to get into the leaves and translocate in the plant. Our Manni-Plex line, for example, utilizes a sugar alcohol delivery system to allow the nutrients to get into the leaves and move in the plant to where it is needed. University studies and grower’s tissue samples have shown BRANDT's delivery system is the best.