Foliar Application of Zn, Mn, and Fe During Spring Leaf-Out on Cherries

Agronomics / Background
During leaf expansion in cherries, there is a relatively short window for a high demand of several micronutrients critical to chlorophyll production, photosynthesis and energy production. A foliar spray of these nutrients during leaf expansion will help kick start cherry trees and facilitate early carbohydrate production that will be necessary to maximize the cell division stage of fruit growth after bloom. Zinc (Zn) is essential to many processes such as cell division, protein synthesis and auxin production which is critical for shoot expansion. Manganese (Mn) plays a critical function in the photosynthetic process and cellular respiration. Iron (Fe) is essential for chlorophyll production making it a key driver for photosynthetic efficiency.  Iron is also involved in respiration and nitrogen metabolism.

Conditions Leading to Zn, Mn and Fe Deficiencies
Zinc deficiencies are common in many cherry orchards, while manganese and iron deficiencies are somewhat less common. For all three nutrients, deficiencies are most often associated with high soil pH levels which inhibit uptake. Water logged soils, or irrigation water high in bicarbonates will lead to iron deficiency. High soil phosphate and organic matter levels have been shown to induce zinc deficiencies.  Root uptake of Zn, Mn and Fe is an active process that will occur more readily in warmer soils. Shoot extension often takes place when soil temperatures are still relatively low leading to limited micronutrient uptake.

Deficiencies of Zn, Mn and Fe will all lead to some level of leaf chlorosis in the spring. Zinc deficiency will also be accompanied by stunted shoot growth and small, narrow leaves.

Desired Zn, Mn, and Fe Tissue Test Values
The most accurate time to determine micronutrient tissue levels is June or July. This means decisions about foliar applications this spring, must be based upon the summer tissue samples from last season. Recently mature, fully expanded leaves from nonbearing spurs should be sampled.

Zinc is considered deficient in cherries below 20 ppm, but often 30 ppm or less will respond to foliar sprays. Manganese deficiencies occur around 40 ppm in summer leaf samples. If Fe tissue levels last summer were below 100 ppm, consider including iron in your leaf-out spray. Especially if you have seen leaf chlorosis in prior seasons.

Key Application Timings and Rates
Due to the role these micronutrients play in chlorophyll production, photosynthesis and leaf expansion, vegetative expansion is a good time to make a foliar application. This window typically starts around petal fall and should continue through fruit set. Young leaves tend to have less cuticular waxes, so foliar nutrient uptake should be very efficient at this time. Increasing energy production during the cell division stage is especially critical for attaining larger fruit at the end of the season. Zinc, iron and especially manganese have limited phloem mobility so foliar applications that directly contact the leaves that require these nutrients is very effective.

For all these formulations, 1-2 quarts per acre per application will be highly effective and fit well into leaf-out sprays 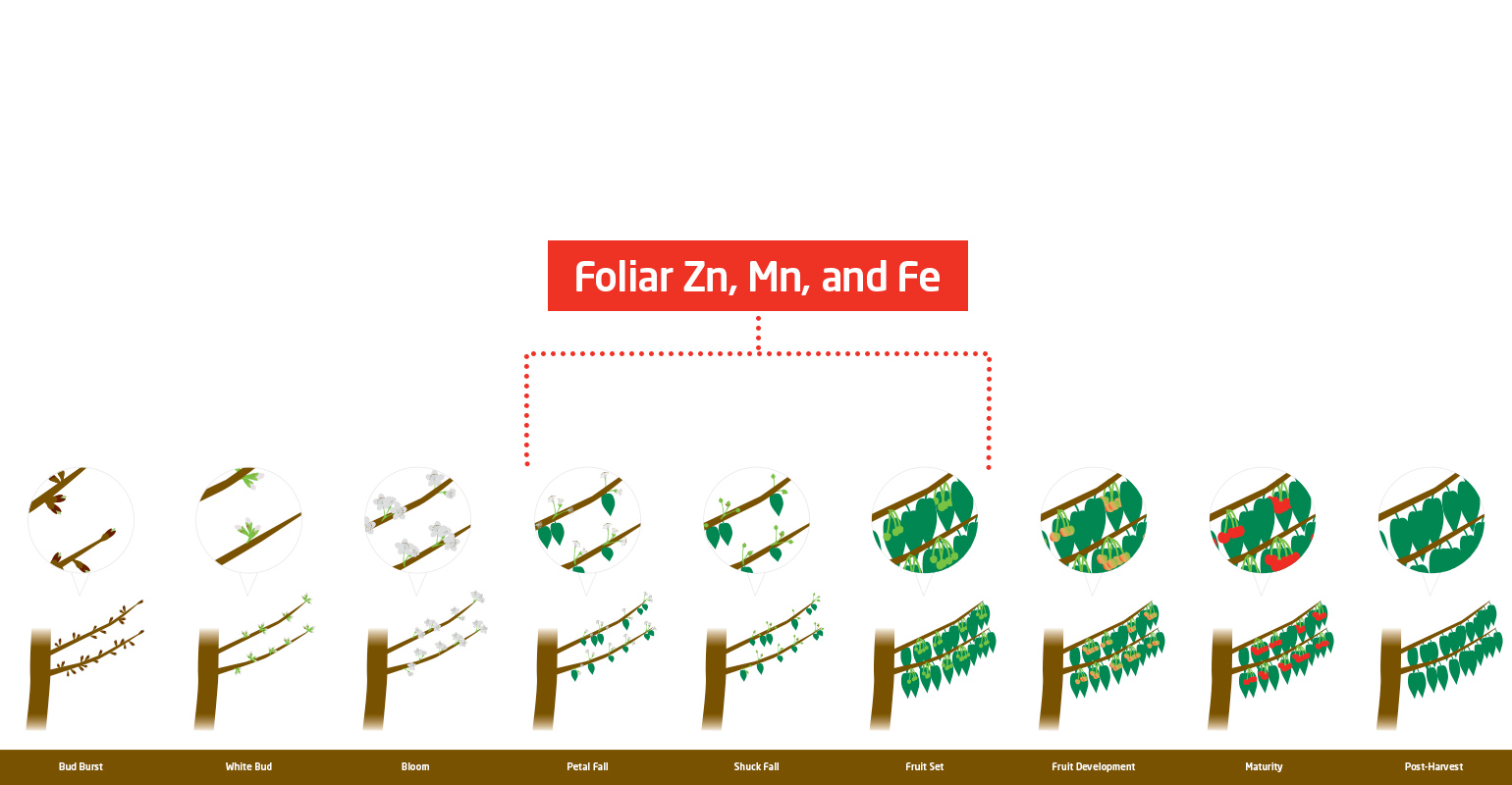 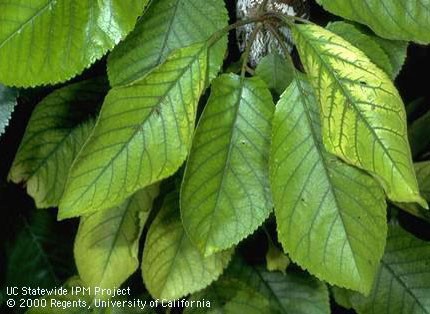 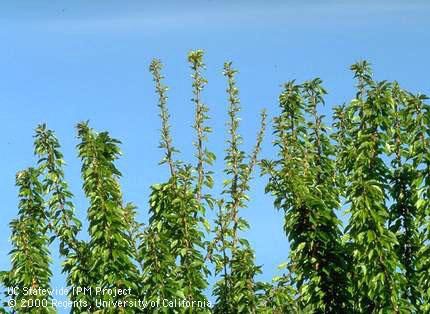