Background
Meeting the nutrient demand of the potato plant is a critical component of reaching yield goals in potato production. In light of this, significant attention is focused on fertilizer rate and timing in potatoes, utilizing soil tests and petiole tissue tests as the main tools to ensure sufficiency throughout the production cycle. There are different timings and methods of application, such as: i) pre-plant, soil-applied; ii) at plant, 2 x 2 or in-furrow; iii) in-season, fertigation; and iv) in-season, foliar sprays.

Each timing/method is important and can be used to great effect depending on the nutrient and the goals of the consultant or grower. When the goal is to maintain optimal potato growth and/or prevent or correct nutrient deficiencies in-season, foliar sprays can be a very effective tool.

Conditions That Lead to Nutrient Deficiencies In-Season
There are several reasons nutrient deficiencies can occur in-season in potato, even when you start out with solid fertility. One reason is that plant nutrient demand can outstrip the ability of the soil to supply that nutrient. In potato, potassium (K) demand from tuber initiation through early maturation is extremely high, up to 14 lb K/ac per day in the ‘Russet Burbank’ variety in the Columbia Basin of Oregon and Washington. This puts a lot of pressure on the soil’s fertility to supply potassium during that time. In addition, leaching of key nutrients can contribute to nutrient deficiencies in-season, especially on sandy soils when that nutrient is not spoon-fed via fertigation applications in-season. This can occur with all the nutrients that are mobile in the soil, to one degree or another, including nitrogen (N), potassium, calcium (Ca), sulfur (S), boron (B), and manganese (Mn), and is typically more of an issue towards the second half of the production cycle.

Another reason nutrient deficiency can occur would be high pH’s on calcareous soils (pH > 7.0), where micronutrients such as B, Mn and zinc (Zn) become much less available to the plant.  Antagonism between nutrients for plant uptake, particularly when one nutrient is present at high levels, can be an issue that causes deficiency as well. An example of this would be phosphorous in the soil in high quantities, which is necessary for optimal potato yields, inhibiting Zn uptake, especially around the banding zones. 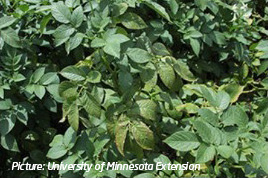 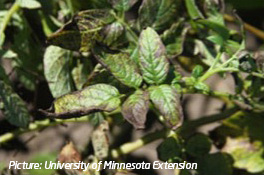 Visual symptoms are generally first apparent during tuber bulking when the potassium demand of the potato tubers is very high. 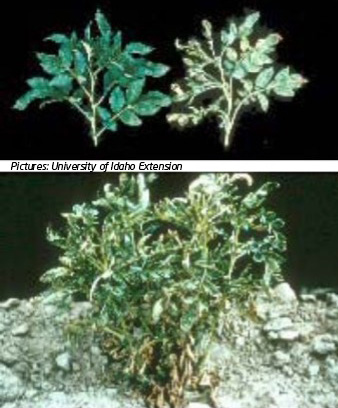 In the lower picture, cupping of Zn deficient potato leaves is evident.

Ways to Maintain Optimum Potato Growth and Prevent Nutrient Deficiencies
There are many different ways to prevent nutrient deficiencies and promote optimal potato growth. Foliar sprays are a good solution when: i) rapid, dependable uptake is important, ii) you’re not trying to supply a large amount of a nutrient, and/or iii) the pH or antagonism with other nutrients in the soil will prevent appreciable uptake, which would preclude a soil application.

An important method for monitoring nutrient deficiencies that are or may be developing in potato is petiole testing. If your petiole analysis is trending towards insufficiency for nutrients such as K or Zn, a foliar application of BRANDT Smart K B or BRANDT Smart Trio can provide your potato plants a needed boost that you can depend on to be rapid and effective and protect your high yield potential.

The Benefits of Using BRANDT® Smart K B and Smart Trio®
The BRANDT® Smart System® product line, including BRANDT Smart K B and BRANDT Smart Trio®, employ a sugar alcohol delivery system that enhances the entry of nutrients into the potato leaves and the mobility of the nutrients when they enter the plant. Just as important, they have a low salt index and are compatible with many pesticides, generally allowing you to tank mix either of them with a pesticide spray already planned (jar test to verify).

Recommendations:  In-season, generally with a pesticide application (to minimize trips over the field) 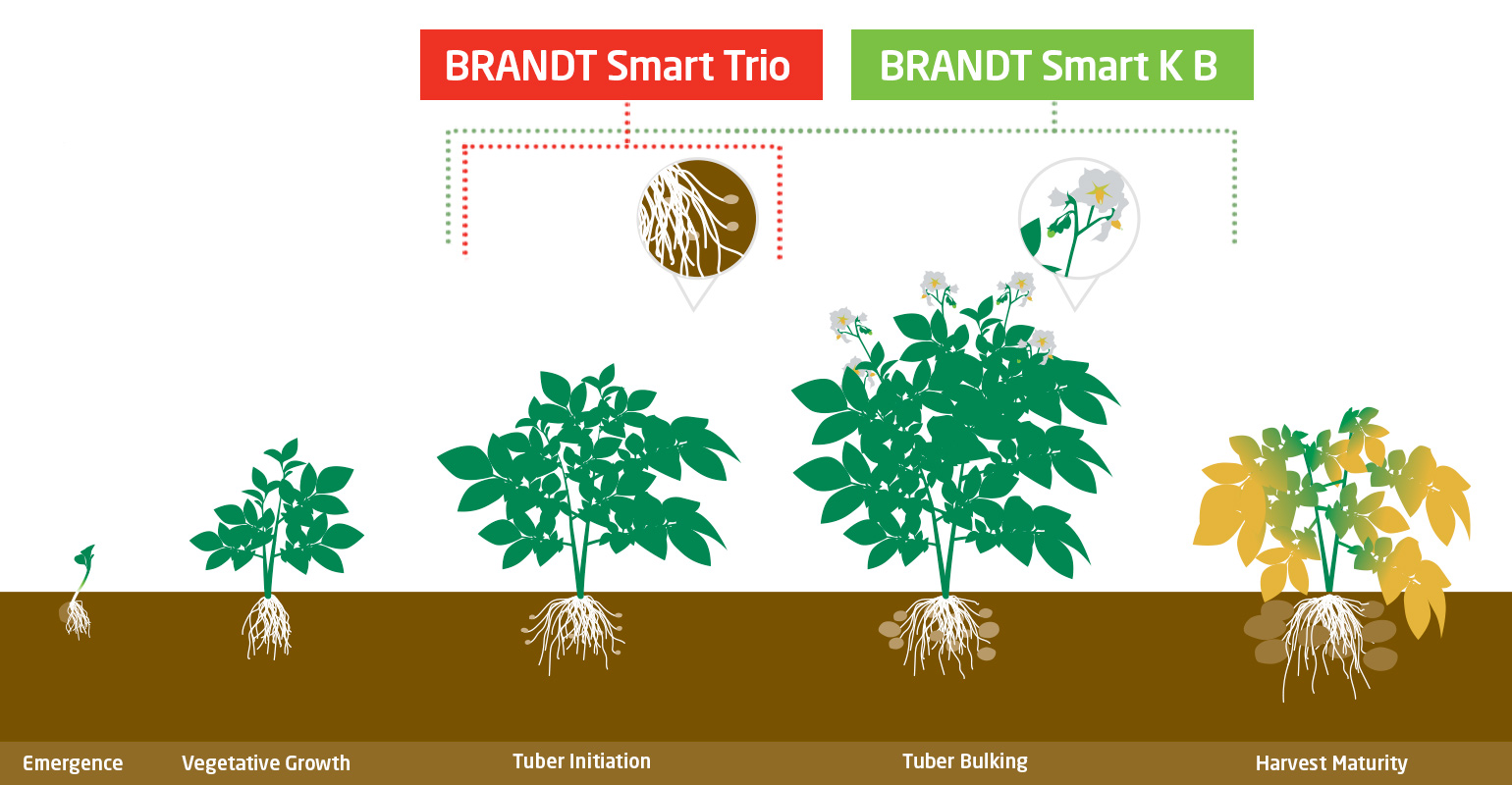