JR Motorsports and TradeMark Nitrogen, a manufacturer and distributor of bulk commodities for the agriculture and industrial markets, have collaborated to create a distinctive “stars and stripes” paint scheme. TradeMark will serve as primary sponsor of the JR Motorsports No. 7 Chevrolet at Daytona.  BRANDT Professional Agriculture will be an associate sponsor.

“There’s absolutely no better place to celebrate America’s birthday than under the lights at Daytona! We are delighted to be a part of this race for our fifth consecutive season,” said Mike Barry, president of TradeMark Nitrogen.

The car will feature the vibrant BRANDT red that fans are familiar with, as well as white and blue to complete the patriotic look. . Allgaier’s Chevy is similar to July schemes he’s run in the past, but comes with some added creative guidance from JR Motorsports owner Dale Earnhardt Jr.

“I’m really looking forward to driving this unique car at Daytona,” said Allgaier. “Racing under the lights during the Fourth of July weekend, the car reminds us what Independence Day is all about, celebrating our freedoms and honoring those who continue to fight to protect our country. Hopefully we can get a win for them.”

Fans can tune in to the Subway Firecracker 250 this Friday at 7:30 p.m. ET on NBCSN to see Allgaier battle for his first win of the season live from Daytona International Speedway.

Photos of the No. 7 TradeMark Nitrogen Chevrolet are available upon request.

About Jr Motorsports:
JR Motorsports is the management company and racing operation for Dale Earnhardt Jr., NASCAR’s 13-time Most Popular Driver and winner of more than 40 NASCAR-sanctioned races.  Now in its 15th year of overall competition, JR Motorsports races in multiple divisions, including the NASCAR Xfinity Series where it won a championship in 2014.  The company also competes in the NASCAR Camping World Truck Series and owns two championships in regional late model divisions.  To learn more about the organization, its drivers and its sponsorship opportunities, visit www.jrmracing.com. 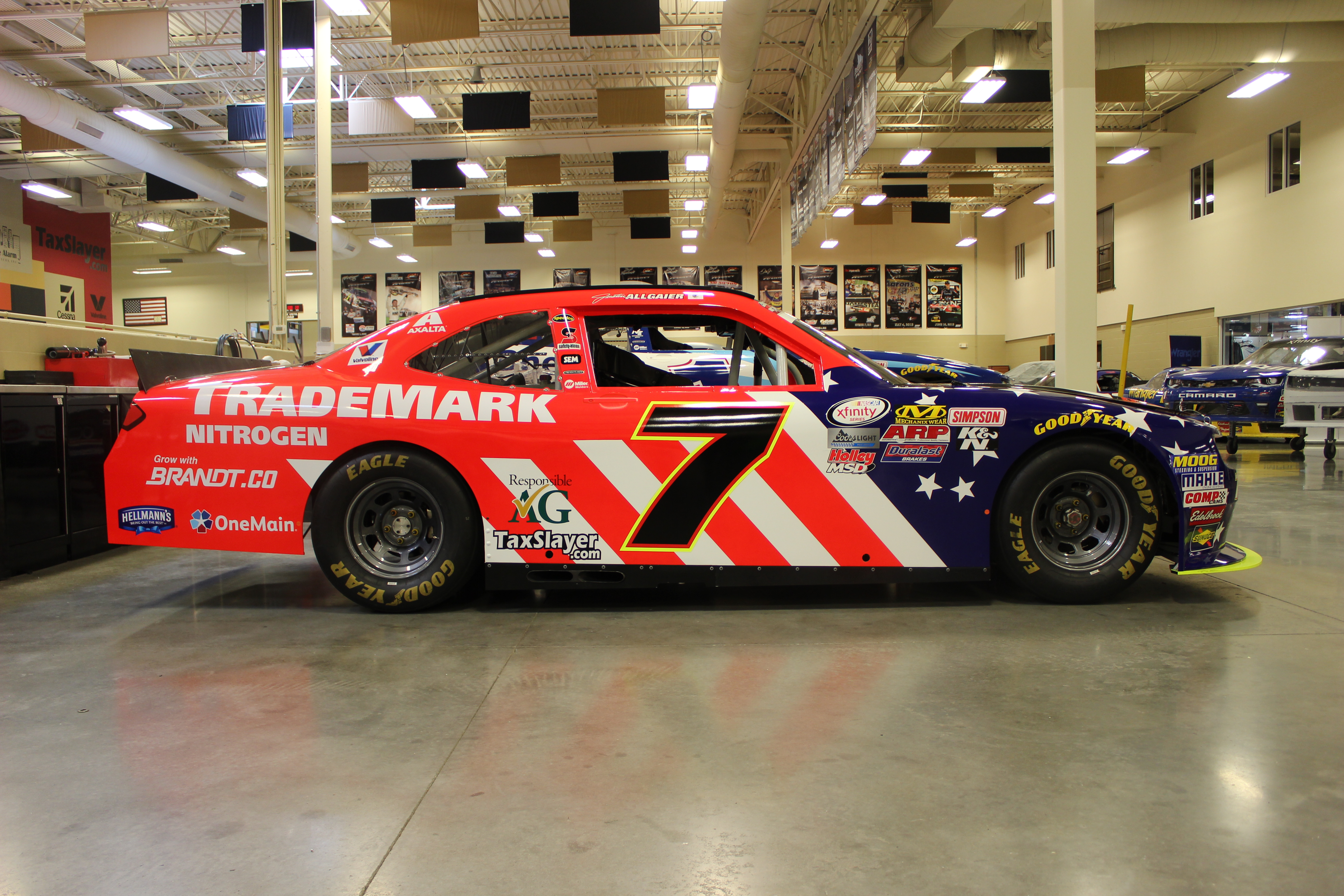