BRANDT Continues Partnership with Justin Allgaier and JRM in 2022

Winning combination set for seventh season with the No. 7MOORESVILLE, N.C. (Sept. 14, 2021) – JR Motorsports announced today that cornerstone partner BRANDT Professional Agriculture will return to the organization for its seventh season with the No. 7 Chevrolet and driver Justin Allgaier. The winningest sponsor in JRM history, BRANDT will take its familiar place as primary partner for Allgaier in 20 events during the 2022 NASCAR Xfinity Series campaign.

“This business is all about relationships,” said Kelley Earnhardt Miller, JRM general manager. “We’ve developed an outstanding partnership with Rick (Brandt), Justin (Allgaier) and the entire BRANDT organization over the years. Having BRANDT and Justin back for a seventh season to build on our success is a special opportunity.”

Founded in Central Illinois, BRANDT is a fast-growing, family-owned company and a leader in global agriculture. Specializing in innovative products and services to help growers get maximum yield from their crops, BRANDT supplies customers in 49 states and more than 80 countries.

“I’m proud to extend our partnership with JRM and Justin, and I’m excited to see what we can accomplish together in 2022,” said Rick Brandt, president and CEO of BRANDT. “Whether in the field or on the track, our business is about performance. We contributed to the current world-record yields in both corn and soybeans. Let’s harvest a NASCAR Xfinity series championship!”

BRANDT has had a long-term presence with both NASCAR and JRM, having first partnered with Allgaier in 2011. That partnership expanded further during the 2021 NXS season, as BRANDT also sponsored three races on the No. 8 Chevrolet for JRM in the NXS for six-time Porsche Carrera Cup Brasil Champion and BRANDT do Brasil driver Miguel Paludo.

Since joining the organization for the 2016 NXS season, Allgaier has been a perennial title contender for JRM, advancing to the Championship 4 in four of the last five seasons and finishing a career-best second in the final standings last year. Additionally, over that timeframe the Illinois native has become the winningest driver in team history, with 13 of his 16 career NXS victories coming behind the wheel of a JRM Chevrolet.

“I’m really happy to be returning to JRM next year and to keep the relationship going with BRANDT Professional Agriculture,” said Allgaier. “As each year goes by our relationship continues to get stronger and stronger where we feel like we are a family. I’m extremely proud of everything we have been able to accomplish, both on and off the track, and I know that it will only continue to get better. Our goals remain the same, and that is to go out and win as many races as we can and bring home that Xfinity Series championship for everyone at BRANDT and JRM.”

To go along with the 20 races as the primary partner on the No. 7 Chevrolet, BRANDT will be placed as an associate on Allgaier’s Camaro for the remaining races on the 2022 schedule.

Primary sponsorship for the balance of Allgaier’s 2022 NXS season will be announced at a later date.

ABOUT JR MOTORSPORTS:
JR Motorsports is the racing operation co-owned by NASCAR Hall of Fame member and 15-time Most Popular Driver Dale Earnhardt Jr., Kelley Earnhardt Miller and NASCAR Hall of Famer Rick Hendrick. Now in its 20th year of overall competition, JR Motorsports competes in multiple divisions, including the NASCAR Xfinity Series where it currently fields four full-time teams and earned championships in 2014, 2017 and 2018. The company also races in Late Model competition and owns four championships in regional Late Model divisions and added a prized national title in 2020. To learn more about the organization, its drivers and its sponsorship opportunities, visit www.jrmracing.com. 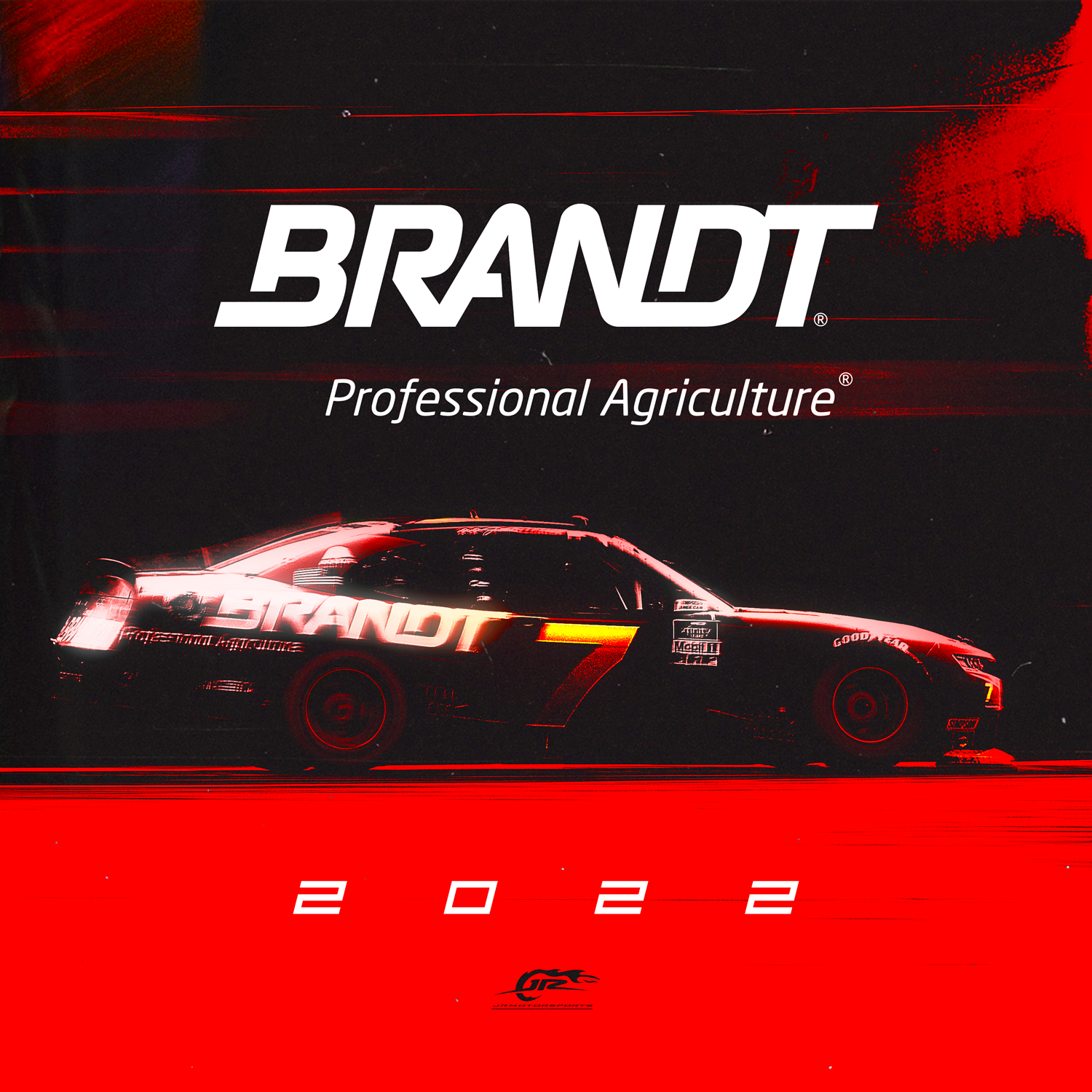