Springfield, Illinois (19 January 2018) – After a successful partnership in 2017 on the Web.com Tour, golfer Ethan Tracy will represent BRANDT iHammer on the PGA tour in 2018. Tracy is competing in his second event of the 2018 season at the CareerBuilder Challenge in La Quinta, CA.

The BRANDT iHammer logo will adorn Tracy’s shirt and his bag for all events in 2018. Tracy is also supported by the iconic golf-industry brands of Titleist and Foot Joy.

“We are excited to continue working with Ethan, as he’s a great spokesman for our brand,” said Mike McBride, President of BRANDT iHammer. “The young man won last year in the Club Colombia Championship while sporting the BRANDT iHammer brand, so we are expecting big things from him this year.”

Tracy earned his PGA Tour card after a break-out 2017 Web.com Tour season that included a dramatic playoff victory at the Club Colombia Championship and an impressive T8 finish at the season ending Web.com Tour Championship. Due to the PGA Tour's wrap around schedule, his rookie campaign began in the fall of 2017 with five tournaments before the holiday break.

“I’m thrilled to continue to work with BRANDT iHammer,” said Tracy. “They are an innovative company that represents the best technology in turf and agriculture inputs. I’m looking forward to literally taking our partnership to the next level as we make the leap from the Web.com tour to the PGA tour.”

Tracy has found success amongst some of the best in his sport at all levels. His journey started at Hilliard Darby High School (Ohio) and led to his All-SEC/American career at the University of Arkansas. While playing at Arkansas, Ethan won the prestigious Western Amateur, defeating PGA Tour regulars Derek Ernst, Jordan Spieth and Patrick Cantlay. The win not only made him more known, but also placed his name alongside golf legends such as Jack Nicklaus, Tiger Woods, and Phil Mickelson as a Western Amateur winner. The highlight of Tracy’s 2017 campaign was his win at the Club Colombia Championship in Bogota, Columbia. 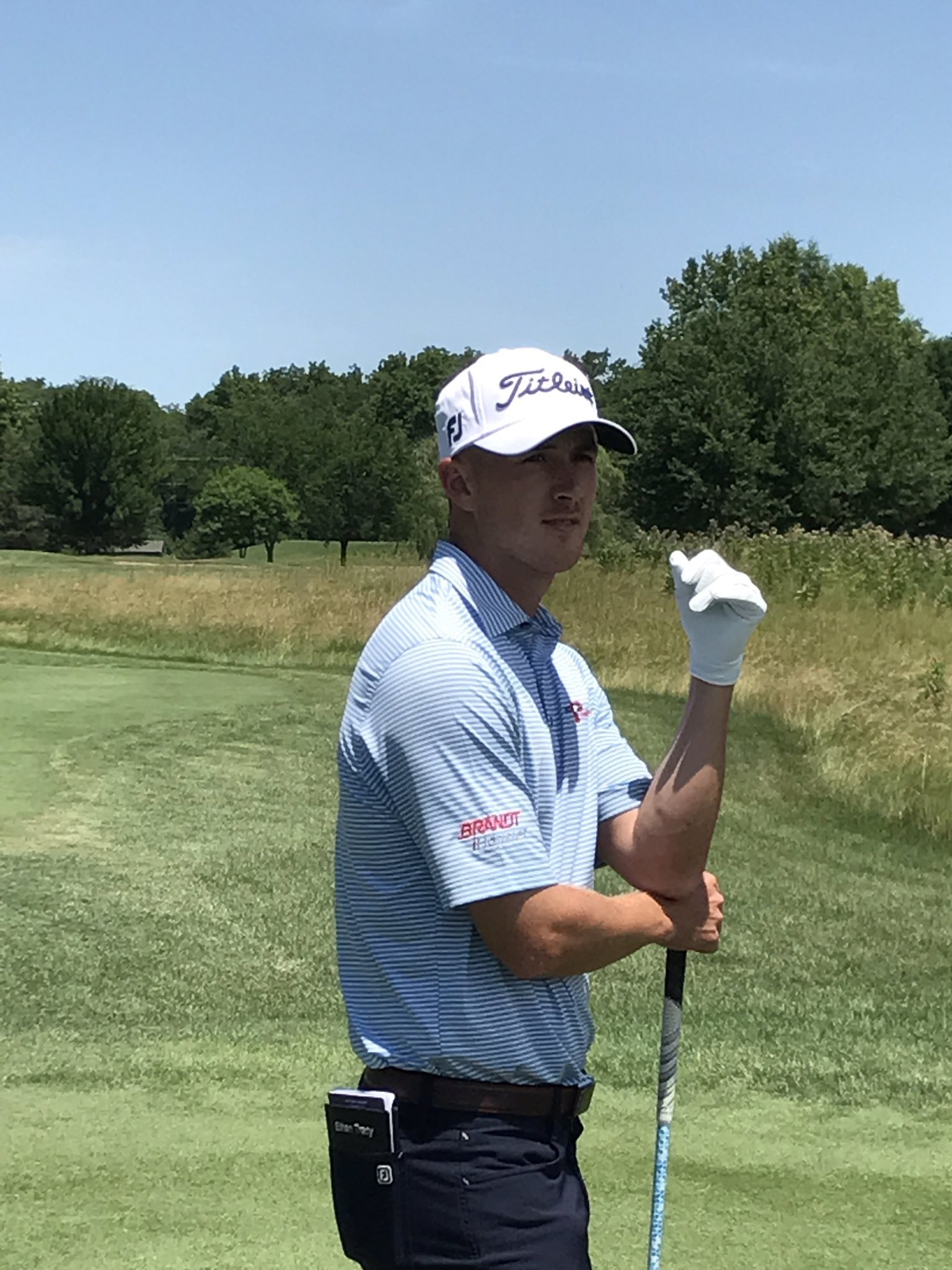