SPRINGFIELD, Illinois (May 24, 2017) –  BRANDT has partnered with Panther Creek Country Club and the Lincoln Land Charity Championship to celebrate the local golf course superintendents that keep Midwest courses looking and playing their best. The "A Cut Above" event will provide superintendents information on the latest BRANDT turf nutrition products and the chance to see professional golf on a course where BRANDT products are used.

"This is a great opportunity to showcase our turf product technologies right in our hometown," said Bill Engel, Vice President for BRANDT. "We recently acquired the well-known turf nutrition company, Grigg Brothers, and established the joint venture BRANDT® iHammer®  which has rapidly expanded our turf footprint and product offerings. We look forward to hosting the Superintendents and introducing them to some of the turf technologies that are developed and used right in our own backyard," continued Engel.

“We are excited to have the opportunity to showcase a local company doing cutting-edge research and development on turf products,” said Greg Willman, grounds superintendent at Panther Creek Country Club. “We’re delighted that BRANDT is able to use this event as a platform for product education.” “The Lincoln Land Charity Championship is thrilled to expand our partnership with BRANDT,” said Kate Peters, tournament executive director.

BRANDT has been a supplier and marketer of specialty nutrients to golf course and sports turf markets for over 20 years.

About the Lincoln Land Charity Championship
The Lincoln Land Charity Championship will consist of a 156-player field, competing for a purse of $550,000 at Panther Creek Country Club in Springfield. The 7,244-yard golf course was designed by World Golf Hall of Fame Member Hale Irwin in 1992. The course has hosted several notable tournaments including the LPGA’s State Farm Classic from 2007-2011 and last year hosted the NCAA Division II Super Regionals and the Great Lakes Valley Conference Golf Championship. 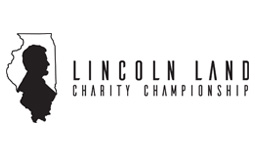