BRANDT’s NASCAR Xfinity racecar will feature a special paint scheme at Chicagoland Speedway to acknowledge the farmers who feed, fuel and clothe the world.

SPRINGFIELD, Illinois (June 11, 2018) – BRANDT, a leading agriculture retailer and manufacturer of agricultural specialty products, will celebrate the farmers who participate in production agriculture during the upcoming NASCAR Xfinity Series race at Chicagoland Speedway. The No. 7 BRANDT Chevrolet, driven by JR Motorsports pilot Justin Allgaier, will run a special paint scheme thanking the farmers that produce the world’s food, fuel and fiber.

BRANDT is proud to highlight the unheralded work of the world’s farmers, continuing a long-running theme. In 2016, BRANDT and Winfield United teamed up behind a promotion called “Let’s Talk Food.” In 2017, BRANDT partnered with the FFA and 4-H to “Celebrate the Future of Agriculture.” (Allgaier won that race.)

“It was an incredible moment seeing the FFA and 4-H emblems in victory Lane last year. What better way to continue showing appreciation for agriculture than to celebrate today’s farmers?” said Rick Brandt, President and CEO of BRANDT. “As consumers become further disconnected from the land, it’s easy for people to lose sight of the effort farmers put into their crops. This is our opportunity to say thanks.”

Headquartered in Springfield, Illinois, BRANDT has been part of NASCAR for eight years, building awareness for the world’s agriculture industry. This is the company’s third season with JR Motorsports in the NASCAR Xfinity Series.

“I am absolutely honored to drive a car that is dedicated to the hard working farmers around the globe,” said Allgaier. “Everything in daily life is touched by the agriculture industry, from the food on our plates to the clothes on our backs. Let’s say thanks for a job well done. And let’s go get another win next while we’re at it!”

The NASCAR Xfinity Series race at Chicagoland Speedway is Saturday, June 30; it will air at 3:30 p.m. ET on NBCSN.

About JR Motorsports:
JR Motorsports is the management company and racing operation for Dale Earnhardt Jr., NASCAR’s 15-time Most Popular Driver and winner of 50 NASCAR-sanctioned races.  Now in its 17th year of overall competition, JR Motorsports races in multiple divisions, including the NASCAR Xfinity Series where it won championships in 2014 and 2017.  The company also competes in Late Models and owns four championships in regional late model divisions.  To learn more about the organization, its drivers and its sponsorship opportunities, visit www.jrmracing.com. 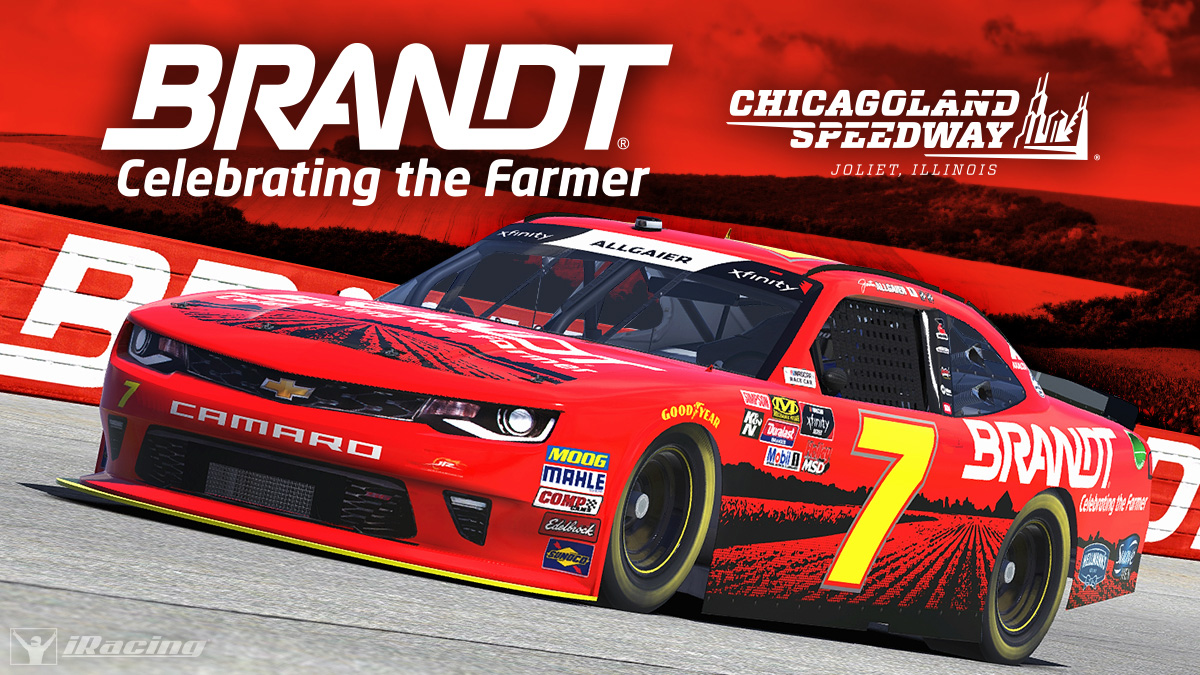