MOORESVILLE, N.C. (Oct. 13, 2022) – JR Motorsports today announced that BRANDT Professional Agriculture, one of the organization’s cornerstone partners, will return for its eighth season with driver Justin Allgaier. As JRM’s second longest-tenured sponsor, BRANDT will assume its role as the primary partner for Allgaier and the No. 7 team for 20 events during the 2023 NASCAR Xfinity Series season and receive associate placement for the remaining races.

“It’s an honor for us to continue this partnership alongside Rick (Brandt) and everyone at BRANDT Professional Agriculture,” said JR Motorsports CEO Kelley Earnhardt Miller. “BRANDT and Justin have become synonymous with performance and success, and Rick’s enthusiasm for this program is unmatched. Year after year the No. 7 team remains one of the strongest competitors in the garage.”

Founded in central Illinois, BRANDT is a fast-growing, family-owned company and a leader in global agriculture. Specializing in innovative products and services to help growers get maximum crop yield, BRANDT supplies customers in 49 states and more than 80 countries.

“On behalf of Team BRANDT, we are thrilled to extend our partnership with Justin and JR Motorsports,” said Rick Brandt, President and CEO of BRANDT. “Our philosophy is to win in the field and to dominate on the track: JRM and Justin give us the tools to do that. Let’s finish 2022 strong, go get that championship, and be ready for a great 2023!”

BRANDT has a long-standing presence in NASCAR, having first partnered with Allgaier in 2011. The pairing joined JRM for the 2016 NXS season, and Allgaier has been a consistent title contender, advancing to the Championship 4 in four of the last six seasons and finishing a career-best second in the final standings in 2020.

This season the 36-year-old native of Riverton, Ill. extended his title as the winningest driver in team history, adding three victories to bring his overall total to 19. Allgaier has tallied 16 of those wins from behind the wheel of a JRM Chevrolet and has won at least two races in five of the last seven seasons, including a career-high five victories in 2018.

“It’s great to return to JRM next season and to continue our partnership with BRANDT Professional Agriculture," said Allgaier, who qualified for the NXS Playoffs for the seventh consecutive time in 2022. “Our relationship has continued to grow and expand and I am extremely proud of everything that we have accomplished together. They have become a family to me. The same way that JRM has over the last seven years. I’m honored to have the opportunity to continue to drive this No. 7 Chevrolet for Dale (Earnhardt Jr.) and Kelley and compete for race wins and championships year after year. The goals have remained the same for us, and we feel confident that they will come to fruition.”

Along with the No. 7 team, BRANDT expanded its partnership with JRM in 2021-22, as the company sponsored additional NXS races with the team’s No. 88 Chevrolet for seven-time Porsche Carrera Cup Brasil Champion and BRANDT do Brasil driver Miguel Paludo.

Following last weekend’s strong fifth-place finish at the Charlotte Roval, Allgaier has advanced into the Round of 8 in the NXS Playoffs for the sixth consecutive season. The JRM driver currently sits as the fourth seed, 11 points above the playoff cutline with three races remaining in the round.

The Round of 8 gets underway at Las Vegas Motor Speedway on Saturday afternoon at 3 p.m. EST on NBC, PRN and SiriusXM NASCAR Radio Channel 90.

ABOUT BRANDT:
A leading agricultural company, BRANDT serves growers and farmers around the globe. Founded in 1953 by Glen Brandt and his sister Evelyn Brandt Thomas to help Illinois farmers adopt new and profitable technologies, the company has experienced aggressive growth under the leadership of President and CEO Rick Brandt. BRANDT’s focus is providing the products and services that give growers the best opportunity for maximum return while building a stronger, healthier and more abundant food supply. For more information, visit BRANDT on the web at www.brandt.co.

ABOUT JR MOTORSPORTS:
JR Motorsports is the racing operation co-owned by NASCAR Hall of Fame member and 15-time Most Popular Driver Dale Earnhardt Jr., Kelley Earnhardt Miller and NASCAR Hall of Famer Rick Hendrick. Now in its 21st year of overall competition, JR Motorsports competes in multiple divisions, including the NASCAR Xfinity Series where it currently fields four full-time teams and earned championships in 2014, 2017 and 2018. The company also races in Late Model competition and owns four championships in regional Late Model divisions and added a prized national title in 2020. To learn more about the organization, its drivers and its sponsorship opportunities, visit www.jrmracing.com. 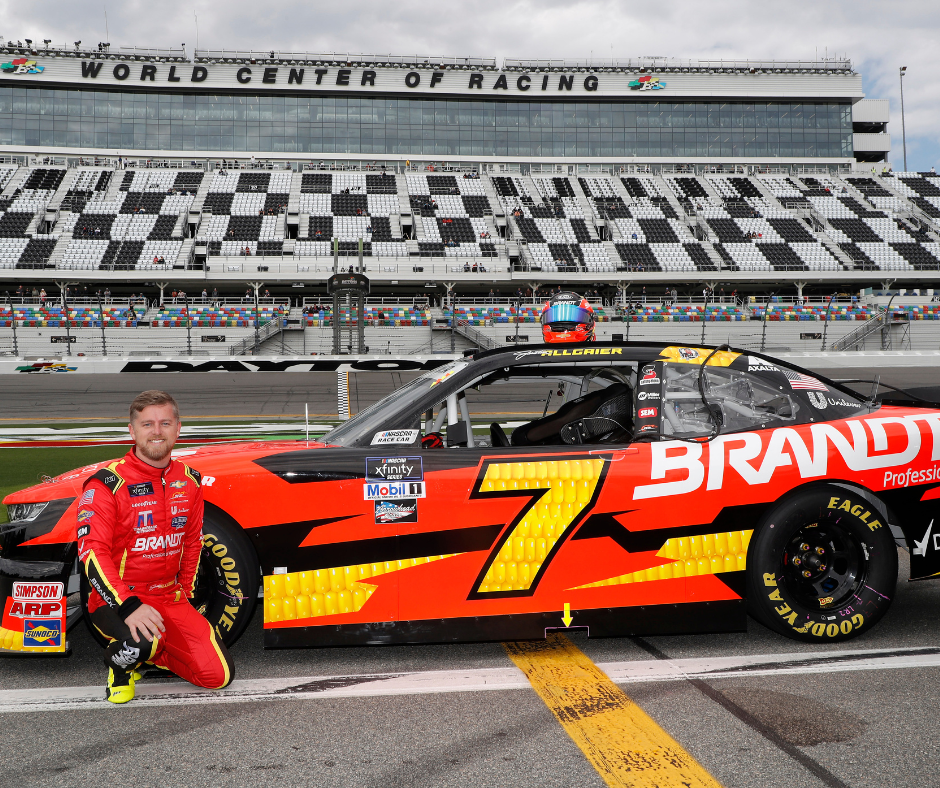