Joining BRANDT on the truck will be Australian distribution partners BARMAC, a division of Amgrow Australia Pty Ltd, and GLOBE Growing Solutions.

"We are excited to put Max behind the wheel for his NASCAR Truck Series debut as a representative of BRANDT both here and in Australia, said Rick Brandt, President & CEO of BRANDT. "The Eldora Speedway race is one of a kind and we look forward to seeing Max's skills on the dirt track."

"I'm humbled at the opportunity to race in one of NASCAR's top tier series with BRANDT Professional Agriculture and Young's Motorsports. Hard work and never giving up is something I live by and I want to apply that as I make my NASCAR debut," said Max Johnston. 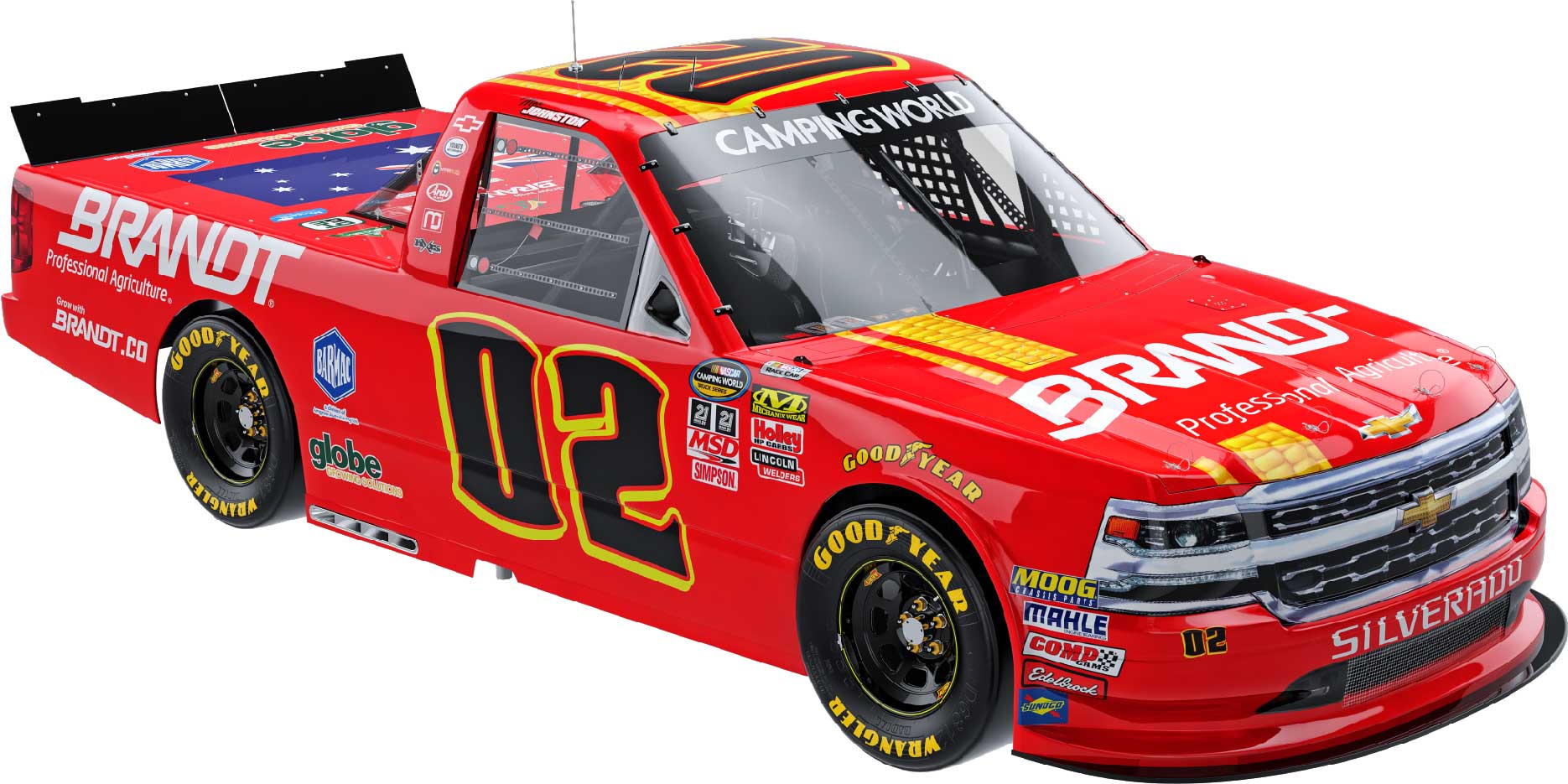