Ammonium Thiosulfate (ATS) Use in Soybeans and Corn

Ammonium Thiosulfate (ATS) is a clear liquid fertilizer that contains nitrogen and sulfur with a 12-0-0-26S analysis. ATS is gaining in popularity across the country, specifically in central Illinois. Its multifunctional capabilities for corn and soybeans are what set it apart from other sulfur fertilizers.

Sulfur Needs for Corn and Soybean
Nitrogen and sulfur are critically important nutrients for corn and soybean production. 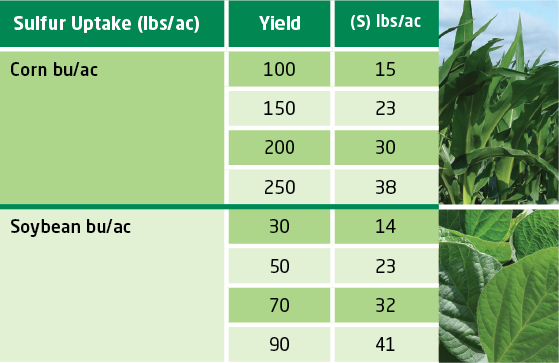 Sulfur in the Plant
ATS is 26% sulfur. Of that, 50% is elemental sulfur and 50% is sulfate sulfur. This is important because only sulfate is readily available to the plant. Elemental sulfur slowly converts to sulfate over time. This provides a very effective, slow release capability.

Sulfur Availability
Sulfur has been a “free” nutrient in the Midwestern U.S. for decades. Atmospheric deposition of sulfur has provided more than enough free sulfur to meet crop needs throughout past seasons. Clean coal technologies have been very successful at reducing sulfur emissions,
essentially reducing our “free” sulfur down to a very small percentage of total crop uptake.

Sulfur Mobility
Similarly to nitrogen, sulfate is a mobile nutrient in the soil. Sulfate can be moved out of the rooting zone severely where dry soils become wet. The addition of ATS at planting can be critical during years of heavy Spring rainfall. Rainfall moves mineralized sulfate down in the soil profile out of the early season rooting zone. Elemental sulfur is immobile in the soil.

Dr. Jay Goos from North Dakota has done extensive work with ATS and provides the following bullet points after 30 years of research about ATS ability as a urease and nitrification inhibitor.

Yield Advantages
At the BRANDT Research Farm in Pleasant Plains, Illinois, ATS has shown to provide a yield increase on corn and soybeans and a very favorable ROI for central Illinois growers.

Soybeans
The past 4 years, 3 gal of ATS dribbled in a 2X0 placement yielded an average additional 5.6 bu/ac. 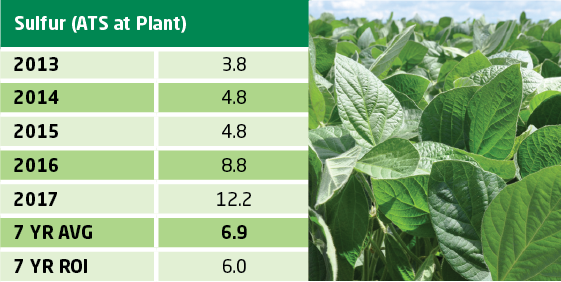 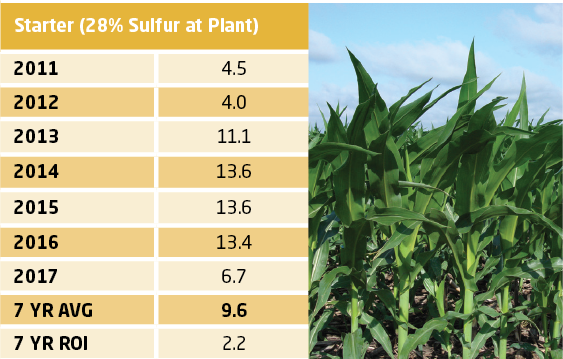