Diplodia is typically known as an ear disease in Central Illinois that produces a white fuzzy growth after silking during wet years. Diplodia is caused by the fungi, Stenocarpella maydis. Diplodia can cause seedling blight, stalk rot, leaf blight, and most famously, ear rot. The white growth is Mycelium, or the vegetative part of a fungus. The black specks are Pycnidia or the fruiting body of the fungi. Infection can occur two ways, traveling from exposed silks to the kernels or through penetrating the husk. 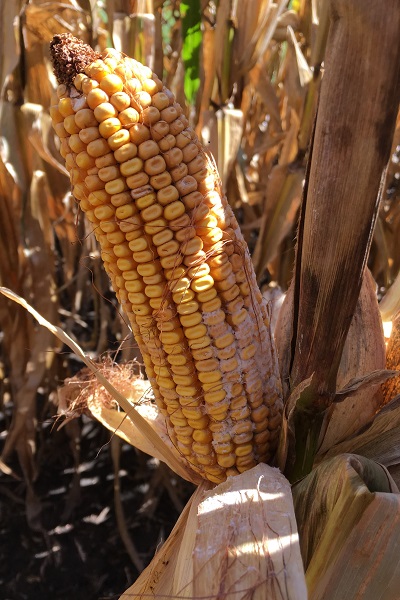 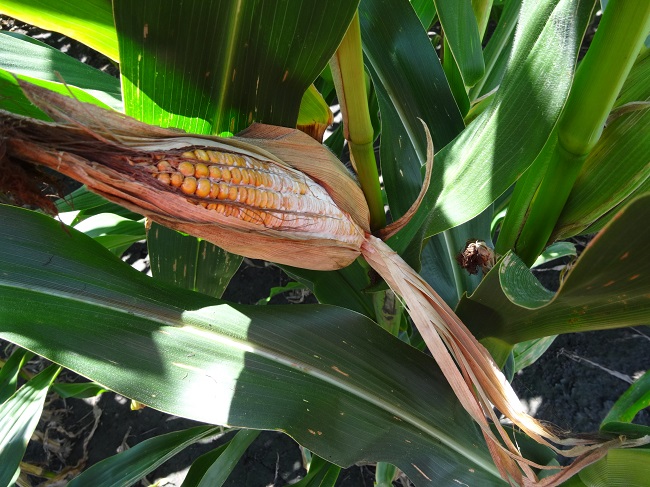 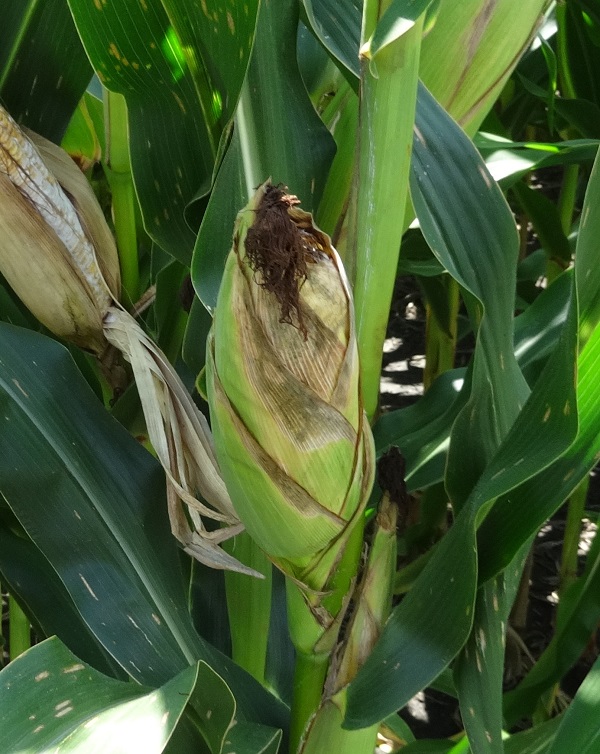