Imagery showed a problematic field that had rapidly declining plant health. Hybrid B had traditionally been a top hybrid for several years running and consistently performed better than Hybrid A. Scouting showed lack of root system, but no tunneling or scaring…ruling out Corn Root Worm. Diagnosis was Red Root Rot and Fusarium Crown/Root Rot, which was confirmed by lab tests, leading to premature death. 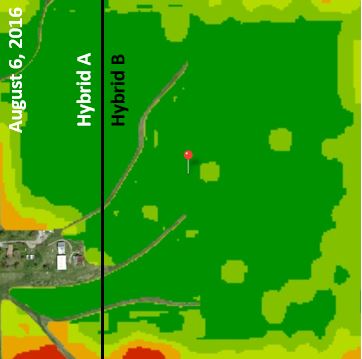 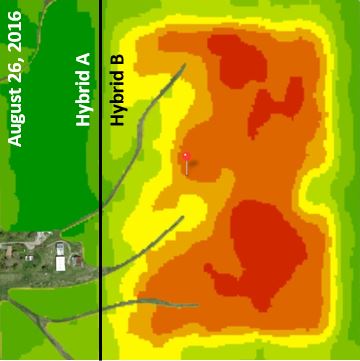 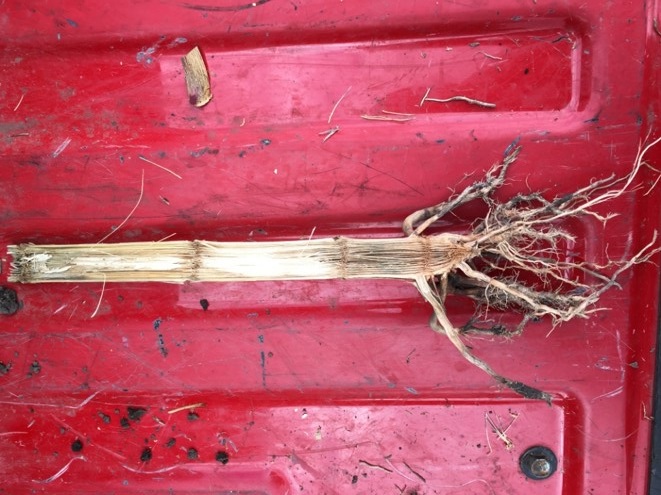 Some hybrids are more susceptible than others. Consulting your BRANDT Field Advisor will help you properly select and place hybrids. Also, rotating to a non-host crop such as soybeans may lessen the probability of future issues.