BRANDT is a proud partner of Jr. Motorsports, the professional race team and management company for Dale Earnhardt Jr.

Justin Allgaier, driver of the No. 7 BRANDT Professional Agriculture Chevrolet, overcame ever-changing track conditions and a late-race incident to gain 12 positions in the final laps of Saturday afternoon’s inaugural... 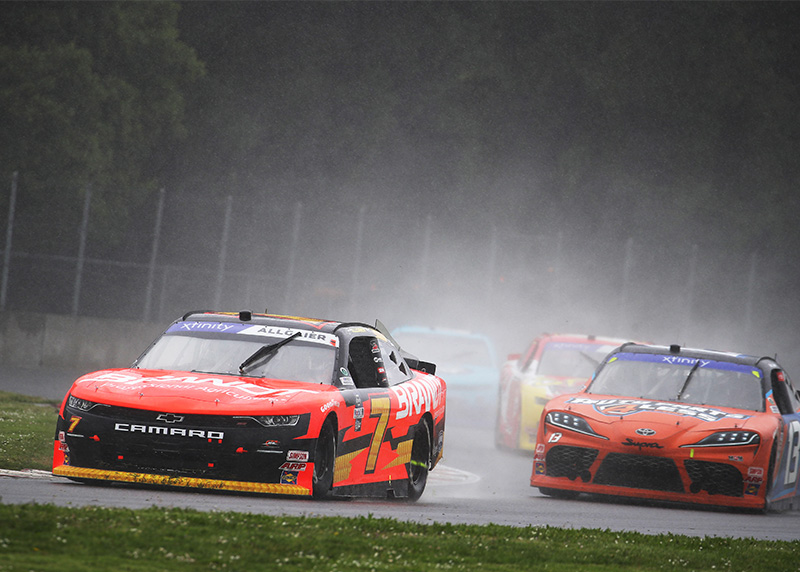 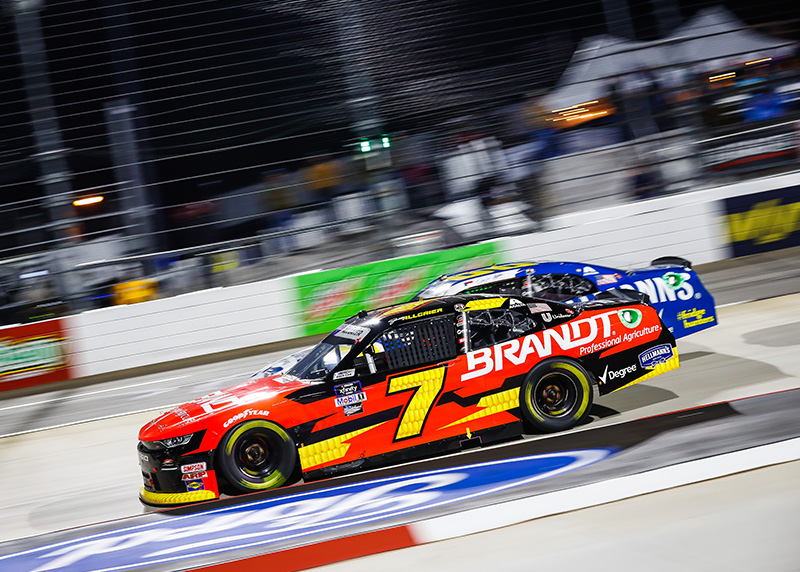 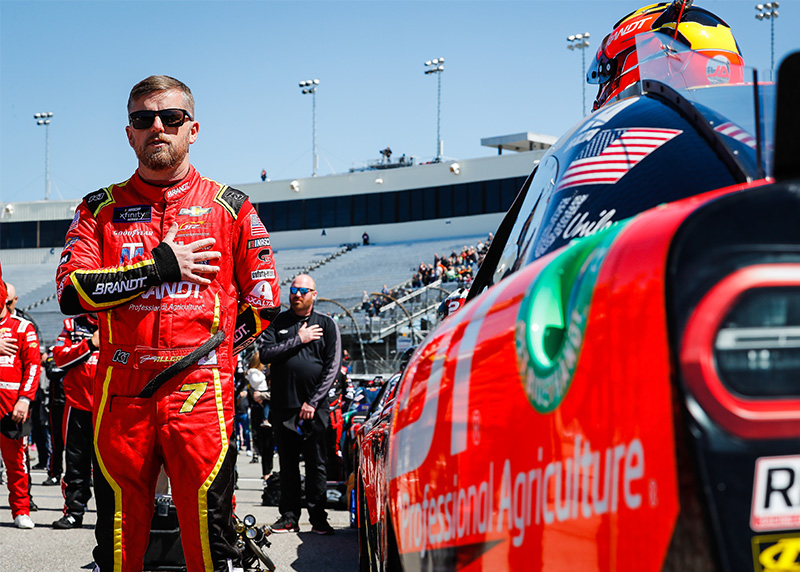 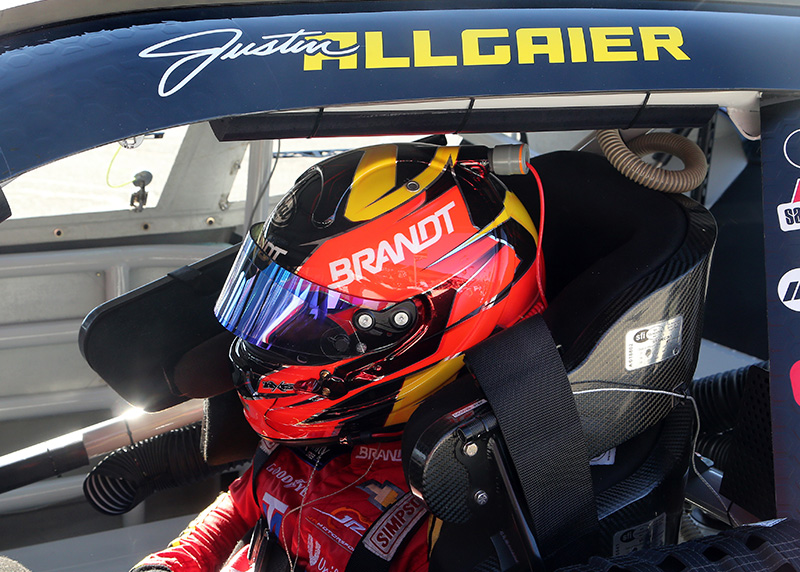 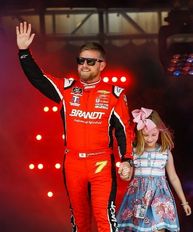 JR Motorsports’ winningest driver, Justin Allgaier, returns for his seventh season with the organization following a solid 2021 that saw the Illinois native claim two wins and advance into the Round of 8 in the NASCAR Xfinity Series Playoffs for the sixth consecutive season. To go along with Allgaier’s two victories, the JRM driver earned 16 top fives, 24 top 10s and was voted as the NXS Most Popular Driver for the third consecutive year.

Outside of racing in the Xfinity Series, Allgaier enjoys spending time with his wife Ashley and daughters Harper and Willow, graphic design, hunting, wake surfing and competing in select dirt races throughout the year.

To learn more about Justin Allgaier, visit his website here 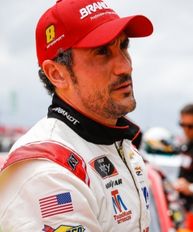 Miguel Paludo, a Brazilian native and seven-time Porsche Carrera Cup Champion, makes his return to JR Motorsports and the NASCAR Xfinity Series for the second consecutive season in 2022, piloting the No. 88 BRANDT Professional Agriculture Chevrolet in three road course events. Paludo’s NASCAR schedule will begin at Circuit of the Americas (March 26) and continue at Road America (July 2) before concluding at the famed Indianapolis Motor Speedway Road Course (July 30).

Paludo enters 2022 fresh off his seventh championship in the Porsche Carrera Cup Brasil with longstanding partner BRANDT. Together, the pairing of Paludo and BRANDT have earned a combined five championships, 20 victories and 60 podiums in Porsche competition.

During the Nova Prata native’s first three races with JRM in 2021, Paludo found success, earning his first career top-10 in the NXS on the strength of a seventh-place finish at the Daytona International Speedway Road Course.

When he is not at the track, Paludo enjoys spending time with his family and working on his health and fitness. 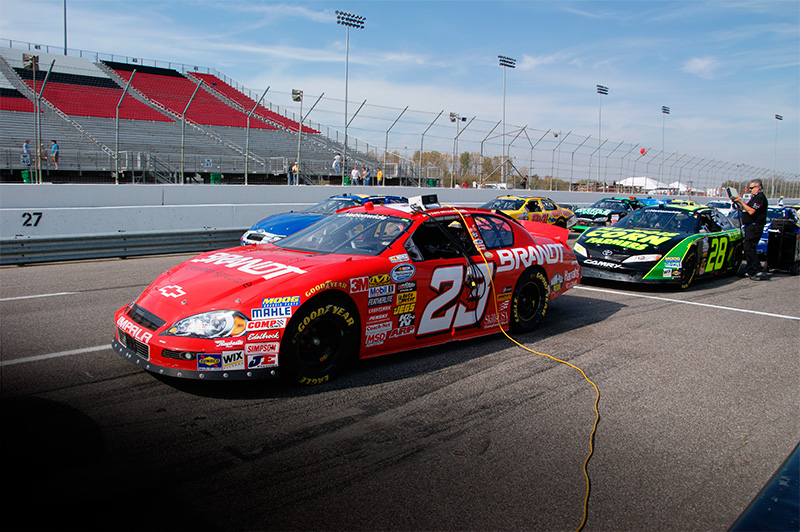 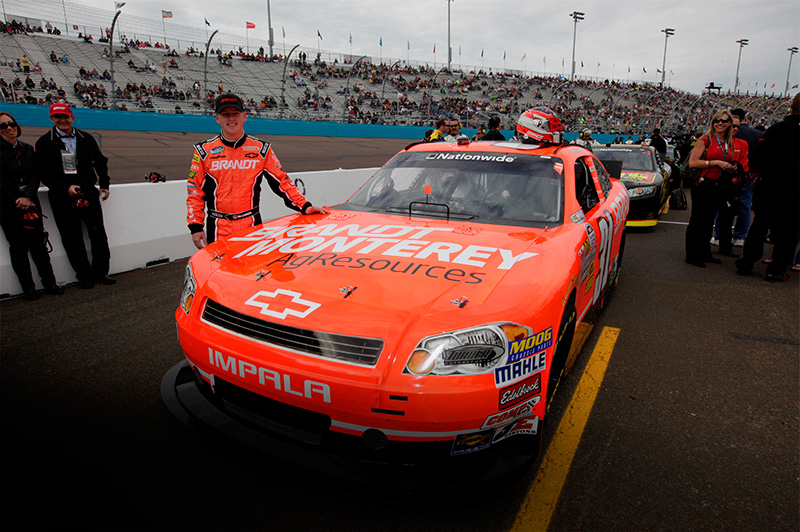 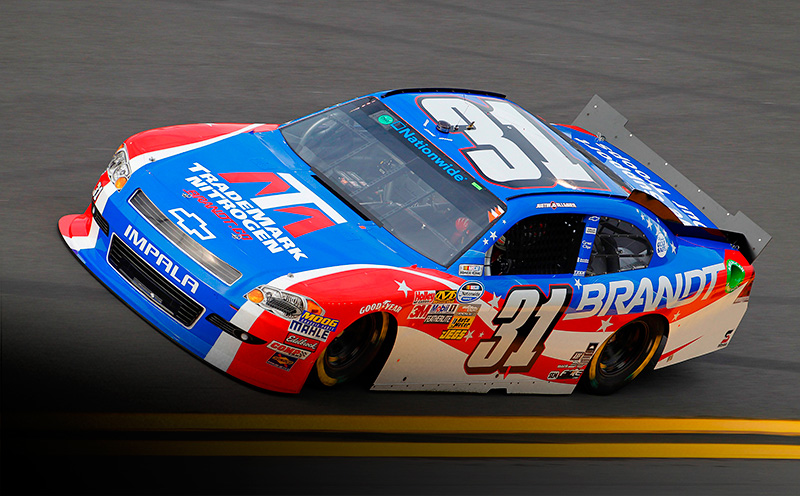